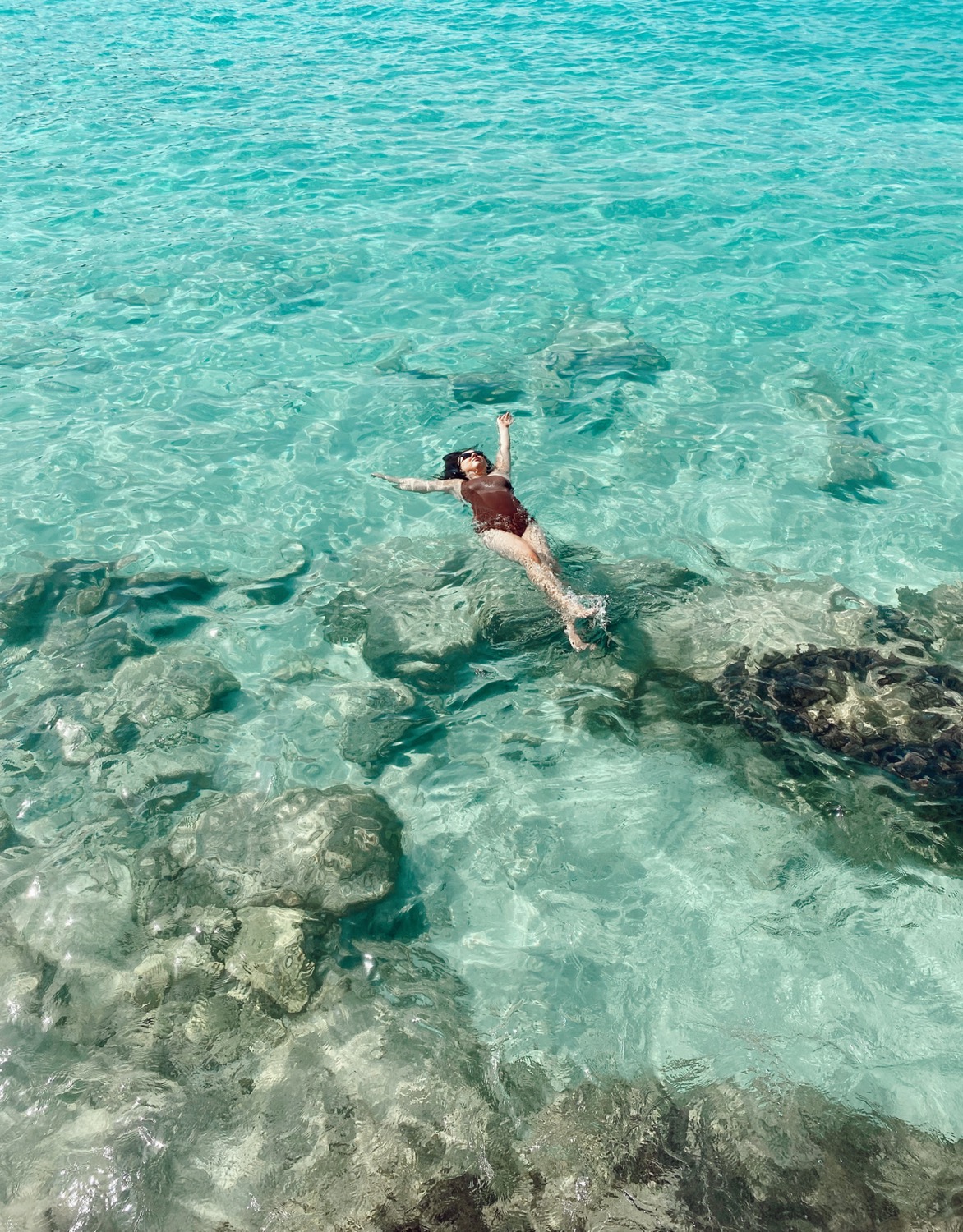 A Winter Weekend in Barcelona

Barcelona is a huge and wonderful city and you will not be able to see all of it in two days but if you find yourself with a bank holiday...
1990

Have you ever travelled to a new place and thought this was exactly where you were supposed to end up? Bosnia & Herzegovina will be that...
3610

My favourite beaches to add to your bucket list

Hi everyone and welcome! I hope you enjoy my first post. I'm starting with Edinburgh because I live in this beautiful city, and it also...
4130
Search

A Winter Weekend in Barcelona

Barcelona is a huge and wonderful city and you will not be able to see all of it in two days but if you find yourself with a bank holiday weekend and no plans, get yourself on Skyscanner and book your flights to Barcelona.

Last year was my first time in Barcelona, I’ve been to Spain a few times and my husband also had his stag do in Madrid (we can’t talk about that, but I will say beware of pickpockets and do not take your passport out with you). Even though we were not in Barcelona long, we certainly had a jam-packed schedule and came away with many amazing memories.

Let’s start with a little bit of history. If you have read my previous post, you will know I love knowing the history of a place I have been to.

Barcelona provides historical value with its own rich history. Barcelona was occupied by Iberian people in 2nd Century BC and under Muslim rule, however following the Christian reconquest between 13 and 15 BC Barcelona became occupied by the Romans. Because of the city’s location by the sea, it was considered worthwhile invading and throughout the 10th century Barcelona was one of the most important areas in the Mediterranean. In the 1960’s Barcelona became a tourist attraction and with the arrival of tourists the economy began to grow.

Most of the tourist attractions in Barcelona today we have Antoni Gaudi to thank for. Gaudi was an incredible architect, in his lifetime he made revolutionary architecture around the city.

Barcelona is a must-see destination at any time of year.

Busses and trams: Barcelona is well connected, and public transport is easily accessible for getting you around all the best spots in the city. You can pay by cash or card on board and purchase a multi-ticket pass allowing you to use the service to hop on and off.

Metro: The metro is a quick way to get you around Barcelona, there are many stations all over the city. You can also purchase a multi-ticket

Taxis: There is no Uber in Barcelona, but like any city, you can use the local cabs to get around.

Getting to the centre from the Airport: 30 minutes on Aerobus, service operates frequently. Cost is €6.

I’m going to start with what you should do if you arrive in the morning, we arrived late evening on Friday so after checking in we went on the hunt for dinner and ended up in a local restaurant near our hotel.

Barcelona in Two Days: Day One

Whether you have just arrived or are waking up in Barcelona for the first time, get yourself ready and pack your essentials for a full day of exploring the city. To prepare you for the day ahead, firstly head to brunch in this popular brunch spot in the heart of the Gothic Quarter of Barcelona.

In the Gothic Quarter you will find the oldest parts of the city including ancient Roman walls and medieval buildings.

Now that you are full up on your pancakes and waffles, it’s time to explore! What to see first you wonder? While of course the incredible La Sagrada Familia.

As a blogger, I would usually get up as early as I can and head to the most popular attraction to beat the crowds and to capture a photo that would do the spot justice. However, during our trip La Sagrada Familia was under construction (it is always under construction and actually not due to complete until 2026) and our view was blocked from the front. So instead,we walked around exploring the markets (I’m a sucker for a souvenir), grabbed a coffee and sat on a bench taking in the views of the La Sagrada Familia. This is when I spotted the perfect spot for my shot of the beautiful Basilica.

Gaudi began working on La Sagrada Familia Cathedral in 1883 and was in the process of bringing his vision to life when he died in 1916. The cathedral has been under construction since the first brick was put into the ground all that time ago.

(To find this spot walk around the pond at the back of the Garda, right before you reach the play park you will find this clear spot with this view)

Alright, now that you have got the perfect photo it’s time to burn off those pancakes. The best way to see all that Barcelona city has to offer is by foot. So, take a wander around the Gothic Quarter and through the city centre and take in those beautiful views.

If you are now feeling peckish, head nearby to Citadel Park to refuel and enjoy some Sangria. After a pit stop to refuel make sure to take a wander through Cidatel Park and stop to see the entertainment and markets in the park.

Finally, before heading back to the hotel to get ready for the evening, make one last stop to Arc De Triomf and finish your day of sightseeing. I would recommend this spot at sunrise if you were looking for that perfect shot of the monument.

After a busy day of exploring the centre and the most popular monuments in Barcelona you will surely be ready for an evening of comfort food.

You are in Spain, one of the best culinary places in the world, so load up on the authentic food and endless amounts of Sangria. There are many local restaurants on every corner in the centre so pick your favourite menu and head in!

We ended up Casa Lola there was live music and food was delicious.

If you still have some energy, head to one of the many pubs and bars in Barcelona and enjoy the rest of the night. Or, if you are like me and are thinking about seeing as much as you can the following day, jump in a taxi and head back to your hotel for beauty rest.

Rise and shine! I would recommend getting ready ready nice and early, grabbing breakfast while you are on the go and head to the popular Park Guell and beat the crowds. Park Guell is another of Gaudi’s work. The sculpture park was brilliantly designed by Gaudi.

The mosaic seating offers one of the best photos of the city.

Getting to the park: you can arrive by bus there are many services which will take you to near the entrance. Alternatively, it may be quicker hopping on the Line 3 Metro to Vallcarca Metro Station (warning, the walk from the Metro station is 12 minutes and is mainly uphill).

Admission into the park itself is free, however if you are there to see the see the mosaic seating and city view you will have to purchase a ticket. Purchasing a ticket is very easy, there are two kiosks inside the park which sell them for €10. You then must make your way through the barriers to get to the seating.

Park Guell has much to offer, you can spend a few hours here taking in the views of the city and walking around the walls of the park.

Ready for lunch? You can easily exit the park and head down the hill to one of the many cafes nearby and then head back up to the park if you are not quite done yet.

If you are visiting in Summer cut your trip to Park Guell short and head to the beach to relax instead for your afternoon.

My final recommendation if you are not too walked out, is to make your way to the Barcelona Harbour. We were here at the beginning of December, so the Christmas markets were up and the Ferris wheel which gives you a night-time view of the city.

Following a stroll through the market, pick a restaurant that is most appealing to you and fill up on tapas.

Thank you for reading and I hope that my guide inspires you to visit Barcelona. Happy travels!

My favourite beaches to add to your bucket list